Home » Blog » What are Alcohol Blackouts and Why are They Dangerous?

What are Alcohol Blackouts? Understanding the Risks and Dangers 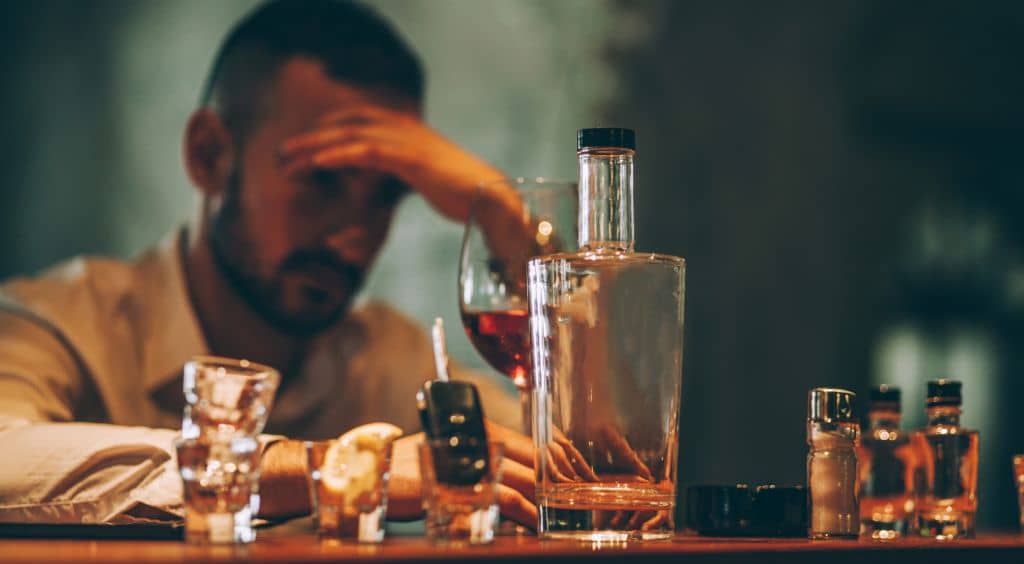 Alcohol abuse is extremely common in the U.S. Nearly 15 million people aged 12 or older met the criteria for an alcohol use disorder in 2019.[1] With the COVID pandemic still lingering on, the rates of alcohol abuse have continued to skyrocket.

While you may have heard people brag about their heavy alcohol consumption and wear their blackouts like a badge of honor, it is extremely dangerous. The dangers of blacking out revolve around what the person does while they are in that state.

What are Alcohol Blackouts?

If you have heard someone talking about being so drunk the night before that they “blacked out,” you might be wondering exactly what that means. Many people believe blacking out is the same as passing out, but this isn’t true. Passing out causes you to become unconscious or fall asleep while blacking out means that you are still conscious but unaware of what you are doing.

Blacking out is considered a type of alcohol-induced amnesia where you actively engage in behaviors like walking and talking but are unable to remember anything the next day. This can be extremely dangerous, as you may attempt to drive a car, have unsafe sex, or put yourself in risky situations without being aware of it.

The symptoms of an alcohol blackout are difficult to pinpoint because you may engage in behaviors that seem normal. For example, walking, talking, buying things, and dancing are all possible behaviors you could partake in during a blackout. However, blackouts can also cause impulsive and risky behaviors like driving a car or having unsafe sex, which may be uncharacteristic for you.

Other symptoms of alcohol-induced blackouts include:

When Do Blackouts Occur?

Blood alcohol content (BAC) is a form of measurement that determines how much alcohol you have consumed. Every time you consume one alcoholic beverage, your BAC levels rise about 0.02%. The legal limit for driving while under the influence is 0.08%, which equates to about four to five drinks.

Once someone reaches a blood alcohol content of 0.16% or higher, they are at extreme risk of blacking out. This is double the legal limit for driving a car, making it an extreme level of intoxication. Being so impaired makes blacking out even more dangerous, because it causes your inhibitions to disappear, putting you at risk of doing things you wouldn’t normally do.

People who drink and take sleep or anxiety medications may experience blackouts at much lower BACs. Additionally, according to the National Institute for Alcohol Abuse and Alcoholism, “Research indicates that blackouts are more likely to occur when alcohol enters the bloodstream quickly, causing the BAC to rise rapidly. This could happen if someone drinks on an empty stomach or consumes large amounts of alcohol in a short amount of time.”[2]

How Do Blackouts Affect the Brain?

Transfer encoding is a process that forms memories by analyzing sensory input and creating short-term memories. After short-term memories are formed, a similar process occurs that creates long-term memories. When you drink large amounts of alcohol, these processes can be interrupted because of how the substance triggers certain chemical reactions in the brain.

Alcohol interferes with receptors in the brain that are responsible for memory formation. Once you ingest the substance, it can cause certain brain cells to produce steroids that block the formation of memories in your brain. When you black out from alcohol consumption, your brain continues to process information but cannot store new memories because of how alcohol interacts with the brain.

There are two different types of alcoholic blackouts. The first is called fragmentary or partial memory loss and includes a partial recollection of events during the drinking period that can be remembered by certain triggers. The other type is known as en block or complete blackout, which involves total memory loss until your body’s BAC levels return to normal.

What are the Dangers of Alcohol Blackouts?

Blacking out can cause you to experience impaired decision-making and impulse control skills, putting you in danger of engaging in risky behaviors. Additionally, outside observers are often unaware of the fact that you are blacked out due to the body functioning normally other than the inability to form memories. This puts you at risk of dangerous sexual situations and makes you more vulnerable to sexual predators.

If you engage in this type of excessive alcohol consumption for a long time, you are at an increased risk of developing an addiction to alcohol. Additionally, you could experience the following long-term consequences of heavy drinking:

If you or a loved one frequently experience alcohol blackouts, it is likely that you are suffering from some form of alcohol use disorder. Blackouts result from binge drinking, which is a damaging form of alcohol abuse that can lead to an array of consequences.

To avoid experiencing the consequences of alcohol abuse and alcoholism, consider attending a professional alcohol treatment center. Contact Mandala Healing Center today for more information on how to get started.