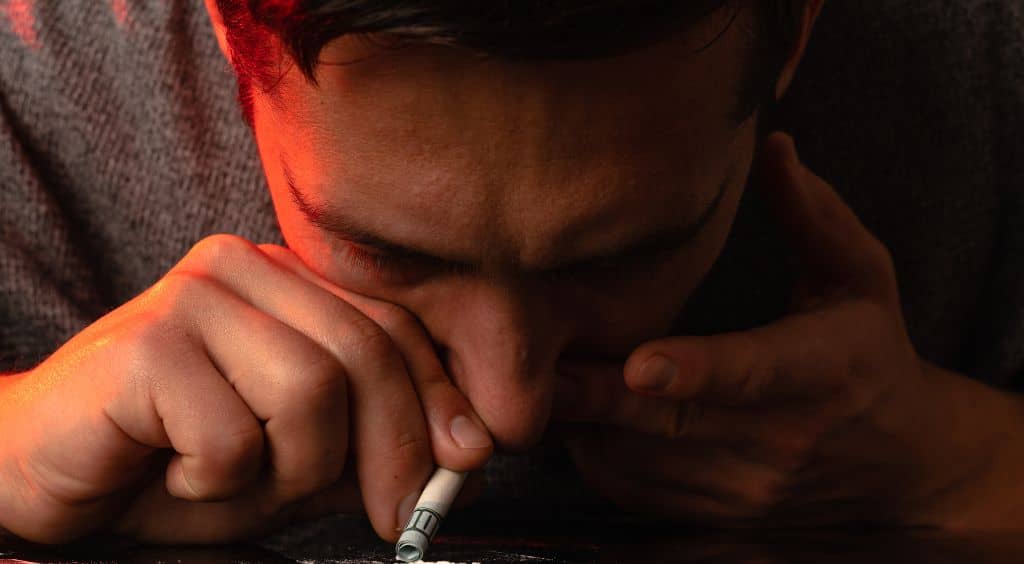 There are many different ways to use drugs. From snorting to smoking and intravenous injection, people have found creative ways to abuse substances. While any form of substance abuse is dangerous, some methods of use are more dangerous than others.

One of the most dangerous methods of drug abuse is known as hot railing. In terms of methods of administration, hot railing drugs are only second to intravenous injection in terms of danger and long-term health risks.

What is Hot Railing?

“Hot railing” is a method of drug abuse most commonly used as a way to get high on meth. Meth is an illicit stimulant drug that is known to be one of the most addictive substances on the planet. While most people smoke or snort this drug, others have found a more potent method of administration.

When someone does a hot rail of meth, they begin by crushing up the substance into a powder. Then, they light the end of a straight glass pipe with a blowtorch. This pipe is placed over the line of meth and the user snorts the vapor created by the heat.

This is the fastest way of doing meth besides intravenously injecting it. It only takes about 7 to 10 seconds for the person to feel the effects of the meth using this method of administration. The high they experience can last anywhere from 8 to 24 hours, with 50% of the drug being removed from their body in 12 hours.

The Effects of Hot Railing Meth

People sometimes prefer hot railing methamphetamine because it provides an instantaneous rush and causes the high to be extremely potent. Some people may perceive this method of use as safer than smoking because they believe that their teeth will not be affected if they snort the drug. Unfortunately, this is not the case.

The effects of hot railing meth include:

Methamphetamine is a highly addictive drug, causing individuals to become dependent after only one or two uses. Over time, meth addiction can become debilitating. The constant lack of sleep and poor nutrition leads to erratic behavior and an inability to function in one’s daily life.

What are the Dangers of Hot Railing Meth?

Using meth in any way is extremely dangerous, but hot railing drugs can cause the adverse effects to begin faster. It is super important for people who abuse meth to be aware of the risks they face.

Tooth decay is one of the most commonly discussed risks of any form of meth use. Many people think that the tooth decay associated with meth addiction only occurs when the drug is smoked, but this is inaccurate.

“Meth mouth” occurs because the drug dehydrates an individual, causing their mouth to become consistently dry. As their mouth stops producing enough saliva, plaque begins to build up on their teeth rapidly. This leads to severe tooth decay.[1]

Long-term meth use through any method of administration can lead to gum disease, loss of bone in the jaw, tooth abscesses, and tooth loss.

Meth causes an increase in dopamine levels in an individual’s brain. While this feels good at first, high levels of dopamine can cause a person’s body to be unable to produce dopamine naturally. This can lead to the development of psychotic symptoms like paranoia, delusions, and hallucinations.

When someone is hot railing meth, the surge of dopamine they receive is potent and intense. This causes the individual to be at an increased risk of developing psychosis.

Snorting any type of drug can lead to an array of nasal issues, but meth is the most damaging to the nose. Some of the short-term risks of snorting or hot railing drugs are nasal blockages, swelling in the inner linings, and issues with respiratory tracts.

Once someone has been hot railing meth for a long time, the nose can become permanently damaged. This can result in holes in the septum, inflammation, and infection.[2] Additionally, damage to the nose’s membrane can lead to an inability to humidify air properly, leading to respiratory issues that cut off the blood supply to the nose.

Lastly, the nose leads to the lungs. This means that damage to the nose can eventually lead to lung damage. When it comes to hot railing meth, this damage can be irreversible.

Using meth in any way can lead to an overdose, but hot railing increases this risk tenfold. Without medical assistance, a meth overdose could lead to life-threatening conditions and death. Additionally, permanent damage to the organs is a possible after-effect of experiencing a meth overdose.

Symptoms of a methamphetamine overdose include:[3]

If you or a loved one suffer from meth addiction, it’s time to seek help. The effects of this drug can lead to an array of health complications, including prolonged psychosis, paralysis, and even death. Thankfully, the Mandala Healing Center is here to help.