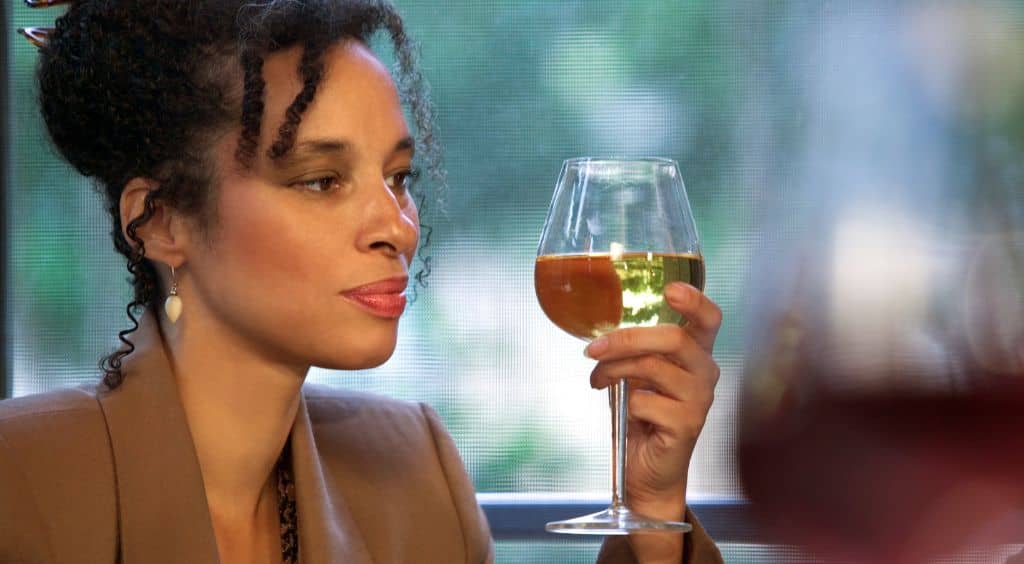 Drinking has been a popular pastime in America for decades. It seems as if every social event has to include alcohol for it to be labeled as fun. While drinking with your friends can be a normal and fun activity, sometimes it goes too far.

According to the National Institute on Alcohol Abuse and Alcoholism (NIAAA), “85.6 percent of people ages 18 and older reported that they drank alcohol at some point in their lifetime.”[1]

While drinking alcohol is not always problematic, many people drink in excess. The NIAAA reports that 25.8% of individuals engage in binge drinking, which means that they drink excessive amounts of alcohol in one sitting.[1]

Having an alcohol use disorder means that you suffer from an inability to stop drinking, have a physical and mental dependency on the substance, and will experience withdrawal symptoms when you stop drinking. However, there are other forms of troublesome drinking that don’t exactly fit in the category of full-blown alcoholism.

What is Gray Area Drinking?

Gray area drinking is described as having a bad relationship with alcohol but not meeting the criteria for an alcohol use disorder. People who are defined as gray area drinkers may find themselves frequently drinking in excess or using alcohol to cope with negative or unwanted emotions. In other words, someone who binge drinks and uses alcohol as a coping mechanism, but can stop drinking when they want to is a gray area drinker.

When someone suffers from gray area drinking, they usually do not face the consequences of alcoholism at the same level as a severe alcoholic. Instead, they can maintain employment and keep their excessive drinking a secret from their friends and family. This is because they are on the brink of developing a mild alcohol use disorder, as they hide their drinking under the guise of occasional fun.

While gray area drinking is not as serious as a severe alcohol use disorder, it can turn into one. Because of this, you need to be informed about the signs and symptoms of gray area drinking, so you can ensure that you are not at risk of developing alcoholism.

If you are worried about your relationship with alcohol, it is important to be aware of the signs of gray area drinking. This form of problematic alcohol use can quickly turn into a severe alcohol use disorder, which can become life-threatening if left untreated. Signs you may be a gray area drinker include:

Going Back and Forth From Quitting Alcohol and Drinking Again

Is alcohol your reward at the end of the day? Does it help you unwind, relax, and have fun after a stressful day at work? Maybe you have realized that your relationship with alcohol is not normal, causing you to quit using it for some time.

Going back and forth from quitting alcohol and then picking the bottle back up again to “live a little” is a sign of gray area drinking. When you can quit drinking but cannot stay away, you may be suffering from this type of problematic alcohol use.

Is alcohol your default coping mechanism for feelings like sadness, boredom, anger, or even loneliness? If so, you may be a gray area drinker.

There are many healthy ways to deal with difficult emotions, however, you always seem to choose alcohol. Maybe it’s because it’s easy, or maybe you just find this method of coping more fun. Either way, it’s a sign of gray area drinking.

Engaging In Risky Behavior When Drinking

While you may not drink all of the time, when you do drink alcohol you tend to get into risky situations or not remember what you did while under the influence. Bar fights, driving while drunk, frequent blackouts, or having unprotected sex while drinking are all signs of being a grey area drinker.

While everyone who drinks alcohol has probably woken up the morning after and regretted drinking so much, it is not normal for this to happen frequently. Regular concern about your heavy alcohol consumption is a sign of an unhealthy relationship with alcohol.

You feel guilty because you just want to enjoy life like everyone else and have a few beers. But you seem to have a hard time controlling the amount of alcohol you drink, causing you to worry about it constantly. Maybe you even wonder if it’s time to quit drinking as a result.

Gray area drinking can quickly lead to full-blown alcoholism, as there is a thin line between the two. Instead of allowing your relationship with alcohol to progress into something worse, consider attending professional treatment. You do not have to wait until you hit rock bottom to get the help you deserve.

Our alcohol rehab center in West Palm Beach can help you detox safely, address the root cause of your drinking, and guide you on your way to a sober, healthier lifestyle. Don’t wait any longer for the treatment you deserve. Call now to speak with an admissions counselor.