Cocaine is an addictive stimulant drug that is derived from the Coca plant, a plant that is native to countries like Bolivia, Peru, and Columbia. It was originally used in medicine as it was used for its anesthetic properties before more modern approaches to anesthesia were developed. Today, however, cocaine is not approved for medicinal use. It is an illicit substance that is highly addictive and dangerous.

While the drug can be ingested in many different ways, snorting (insufflation) is generally preferred by most cocaine users. The drug can be snorted in two different ways: by taking “bumps”–doing a small amount off of a key or finger–or by arranging cocaine powder into a straight line and snorting it off of a flat surface, usually using a straw or rolled-up bill. Snorting cocaine can produce a fast and powerful high that lasts for a few minutes to an hour.

Although cocaine insufflation may produce feelings of euphoria, increased energy, and happiness, cocaine is a highly addictive and dangerous drug. Sadly, cocaine use has been normalized in both media and in party/club scenes, despite the various dangers. Insufflation in particular can cause long-term harm to the nasal passages and body as a whole. 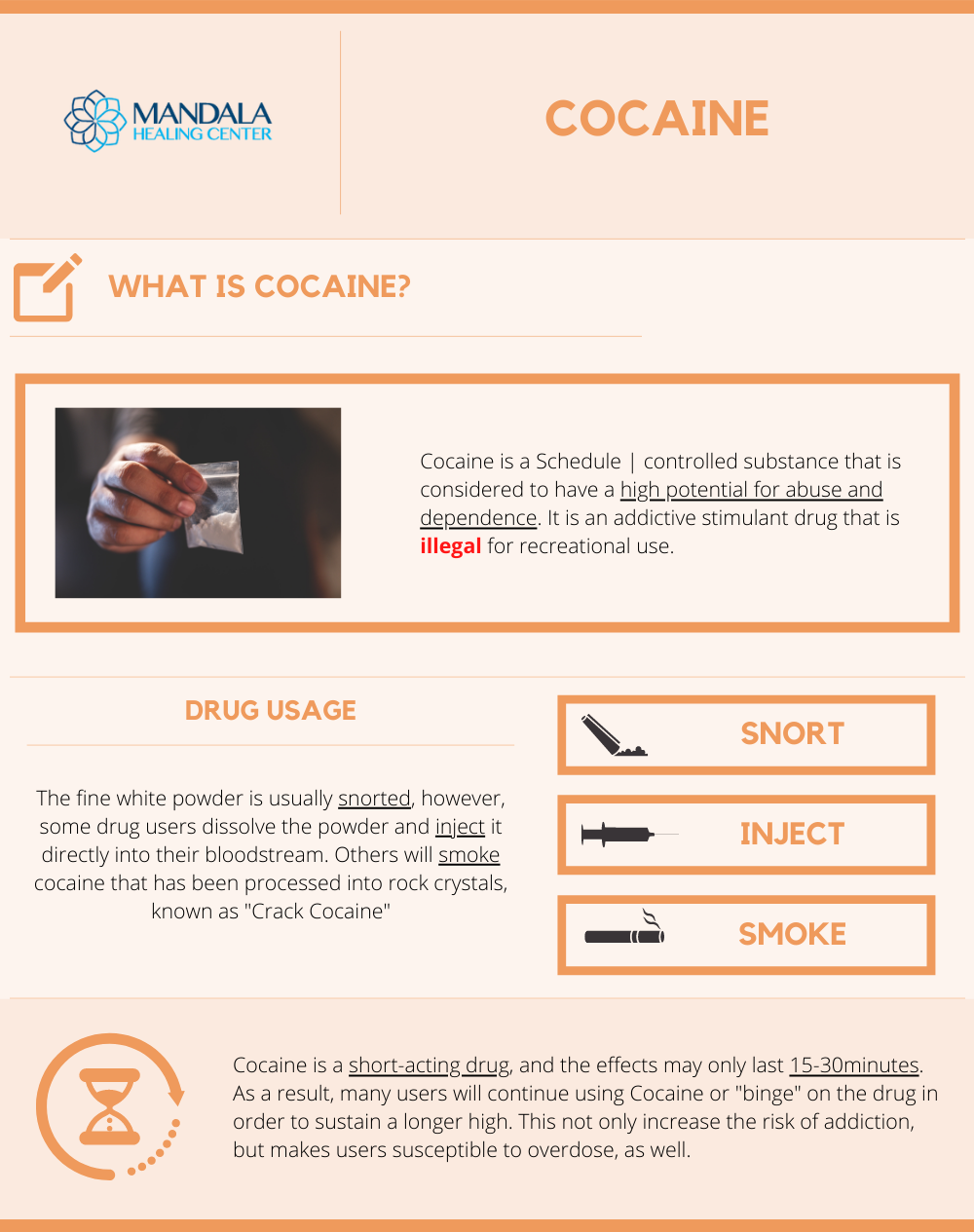 Why Do People Snort Cocaine?

Besides insufflation, cocaine can also be injected or smoked. Both injection and smoking produce an almost immediate high. Snorting, however, is not the fastest way for the body to absorb and feel the effects of cocaine. What snorting does accomplish is a longer-lasting high than injection and inhalation do. Snorting drugs is also easier to do than other forms of administration as it requires little to no equipment or skills. All people have to do is chop up the drug into a fine powder and inhale it through their nose.

What Happens When You Snort Cocaine?

The effects of cocaine begin as soon as it reaches the brain and begins binding to receptors that increase the production and reuptake of dopamine. Dopamine is a feel-good chemical that regulates mood and emotion and is normally released when doing pleasurable activities, such as exercising, eating, or laughing. Cocaine causes a rush of excess dopamine, making people feel euphoric or energetic. This is what causes the high produced by cocaine.

In just minutes after snorting the drug, the short-term side effects of cocaine will set in, such as:[1] 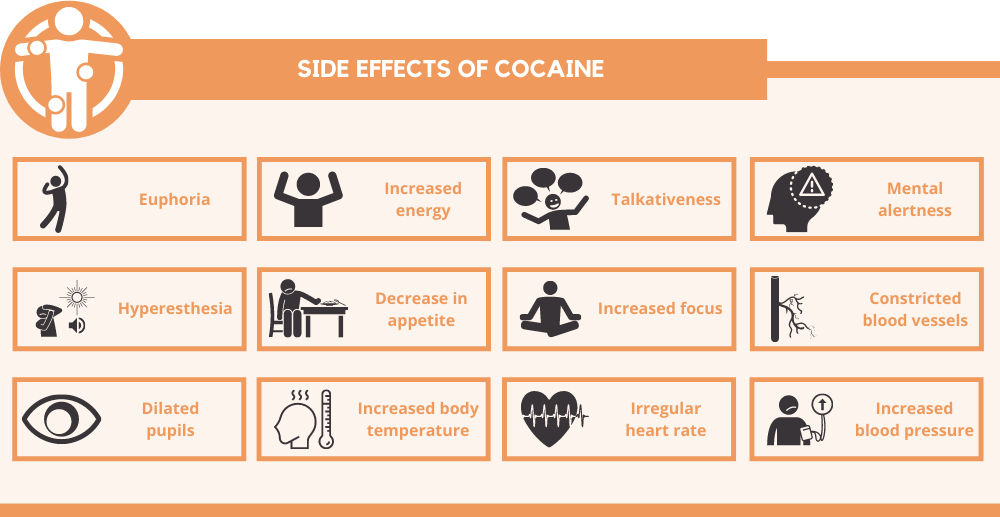 In high doses, cocaine can lead to anxiety, panic, and paranoia. It can also produce disturbances in the heart’s rhythm leading to heart attacks, seizures, strokes, coma, or sudden death.[1]

Why is Snorting Cocaine so Dangerous?

The nose is a very delicate, essential part of the human body. The tissue inside of the nose is also easily damaged, so every time cocaine is snorted, the nasal passages become irritated. Over time, repeated cocaine use can cause severe nasal tissue damage in the form of chronic inflammation, infection, and changes to the structure of the nose.

Here is a list of different ways snorting cocaine can damage the nose.

In some circumstances, drug-induced structural damage to the nose can require reconstructive surgery.

The dangers of cocaine insufflation don’t stop with the nose. Since the nose is responsible for filtering the air people breathe before it passes into the lungs, the lungs can be affected as well. As cilia (hairs inside the nostrils) and the nasal tissue become damaged, they weaken the nose’s ability to improve the quality of air inhaled and prevent toxins from going into the lungs.[2]

As a result, snorting cocaine can also cause damage to the mouth, throat, and lungs in the form of:

Regardless of the method of administration, cocaine’s stimulating effects increase the risk of many adverse health effects, such as:[3]

The longer and more often someone snorts cocaine, the more likely they are to get addicted and face health complications as a result of their drug use.

Cocaine insufflation can cause long-term and extensive health effects as well as physical dependence and addiction. The best way to prevent the dangers of snorting cocaine is to get sober and stop using cocaine in the first place. Comprehensive detox and treatment programs can help people improve their health and give up cocaine for good.

If you or a loved one are abusing or addicted to cocaine, our team at Mandala Healing Center can help. Contact us today to learn more.