Home » Blog » Is It Safe to Mix Zoloft (Sertraline) and Alcohol? 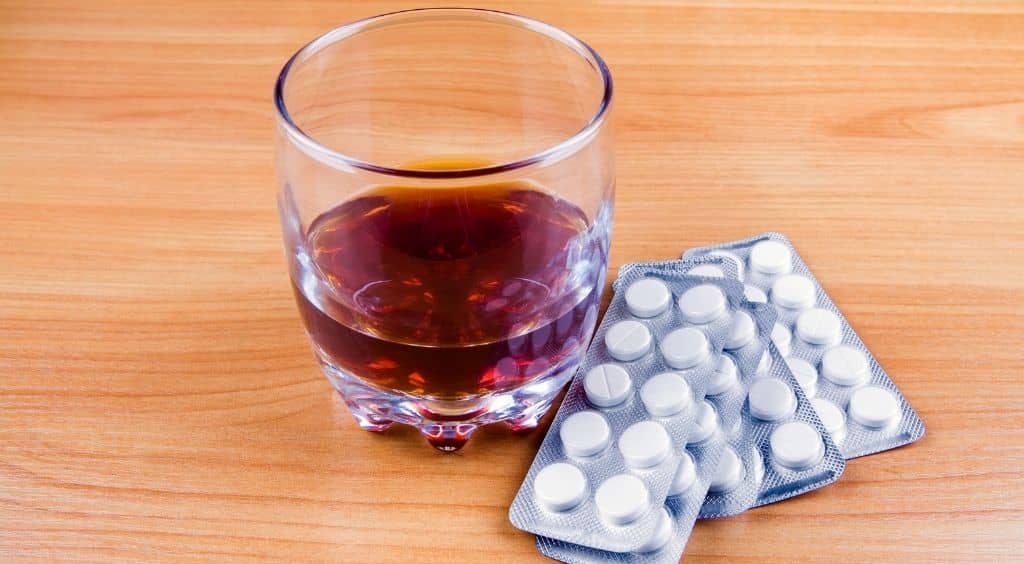 Alcohol is an extremely common part of celebrations, gatherings, and even daily life for many American adults. According to the National Institute on Alcohol Abuse and Alcoholism, nearly 55% of American adults report drinking in the past month and nearly 26% reported binge drinking.[1]

Since alcohol use is so widely accepted, many people don’t think twice about what medications they are taking before they consume alcohol. Some of the most commonly prescribed medications in the U.S. are antidepressants. In fact, between 13-20% of adults use antidepressants.[2] Many antidepressant medications, including Zoloft (sertraline), are not intended to be used with alcohol because doing so can increase the risk of adverse effects.

Medical professionals across the nation advise against mixing Zoloft (sertraline) and alcohol. Although everyone metabolizes medications and alcohol differently, the combination of these two substances can be dangerous and even life-threatening.

What is Zoloft (Sertraline)?

Zoloft is a brand-name prescription medication that contains the drug sertraline. It is a type of antidepressant medication known as a selective serotonin reuptake inhibitor (SSRI). SSRIs work by blocking the brain’s serotonin receptors. Blocking these receptors allows more serotonin to circulate in the brain and improves the reabsorption of this hormone.

Serotonin is an important hormone because it produces feelings of happiness and relaxation. It is often known as a “feel-good” endorphin. How the brain uses serotonin affects mood, sleep, and emotions. People who don’t have enough serotonin or those who don’t use it correctly may struggle with depression.

Zoloft is used to treat major depressive disorders, generalized anxiety disorder, post-traumatic stress disorder (PTSD), obsessive-compulsive disorder, and panic disorder. It is one of the most widely used SSRIs on the market today.

Is Mixing Zoloft and Alcohol Safe?

Before starting sertraline or Zoloft, it’s important that patients discuss any other medications they are taking as well as their drinking patterns with their doctor. Although many people believe it is perfectly safe to drink alcohol while taking Zoloft, doctors usually recommend against doing so.

The main reason why it isn’t a good idea to drink while taking Zoloft is because alcohol can temporarily increase levels of serotonin in the brain. This can intensify the adverse side effects of Zoloft and make individuals feel dizzy, sedated, sick to the stomach, and unable to concentrate.

Another reason why drinking while on sertraline isn’t a good idea is because alcohol can make symptoms of depression worse. Worsening depression can reduce the efficacy of Zoloft to the point where people believe their medication isn’t working. Long-term alcohol abuse can actually deplete the brain of serotonin, reverse the effects of SSRIs, and make individuals more vulnerable to depressive symptoms.[3]

Side Effects of Mixing Alcohol and Zoloft (Sertraline)

Zoloft is one of the most commonly prescribed antidepressants in the United States, so drinking alcohol while taking it has become very normalized. While having one or two drinks may not produce any dangerous or noticeable side effects, drinking heavily while taking the medication is a different story.

Potential side effects of mixing alcohol and Zoloft include:

While many of these side effects can occur from alcohol alone, they may be more pronounced in people who are taking an SSRI like Zoloft.

Since the interaction between alcohol and sertraline is so dangerous and unpredictable, the FDA and most physicians recommend that patients avoid drinking alcohol completely.[4]

The Relationship Between Depression and Alcoholism

People who are diagnosed with alcohol use disorder (AUD) are 2.3 times more likely to have a major depressive disorder and 1.7 times more likely to have dysthymia (a milder form of depression) than people who do not have a drinking problem. Further, nearly 33% of people who seek treatment for alcohol abuse meet the criteria for major depressive disorder and 11% meet the criteria for dysthymia.[5]

Depression is the most common mental health condition among people who struggle with alcoholism which may make it more likely that people who are taking Zoloft may drink while taking their medication.

Without proper treatment for both depression and alcohol abuse, both conditions can exacerbate the other.

Recovery from alcoholism is possible with the help of a professional alcohol detox and treatment center. Here at Mandala Healing Center, our holistic approach helps patients heal their minds, bodies, and spirits so they can return to a life that is worth living.

If you or a loved one are struggling with depression and alcoholism, we can help. Contact us today to begin your recovery journey.