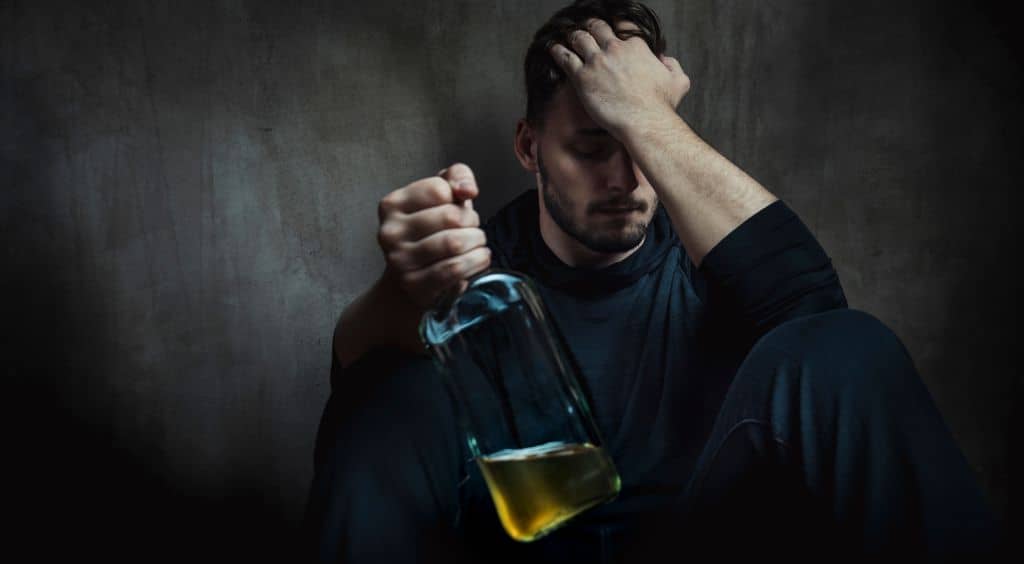 Alcohol is one of the most widely used substances in the United States. More than 50% of Americans consume alcohol at least once every month. Due to alcohol’s legal status, many people believe it is safer than other drugs, or they don’t consider alcohol to be a drug at all. However, alcohol is a drug, it can be highly addictive, and it can have devastating effects on a person’s overall health.

What Exactly is Alcohol?

Ethanol or ethyl alcohol (simply referred to as “alcohol”) is a liquid substance that is produced from the fermentation of grains, fruits, and other sugars. It is the active ingredient in wine, beer, liquor, and other spirits which produces feelings of intoxication when consumed.

Many people can drink alcohol safely and in moderation, but some have an unhealthy relationship with alcohol and become addicted to it.

Side Effects of Alcohol Intoxication

When a person drinks a lot of alcohol, their blood alcohol concentration (BAC) increases and they begin experiencing symptoms of being drunk. Symptoms of drunkenness, or alcohol intoxication, include:

Alcohol poisoning can also be considered an overdose. Without medical treatment, an alcohol overdose can be life-threatening.

Is Alcohol Considered a Drug?

There are many different kinds of drugs. There are pharmaceutical drugs that are prescribed or sold over-the-counter for specific medical purposes. There are also illicit drugs, like heroin, that people use to get high. Illicit drugs are not approved for medical use.

Alcohol can be defined as a central nervous system (CNS) depressant because it slows down neural activity and brain functioning. Alcohol depresses the CNS because it increases the production of gamma-aminobutyric acid (GABA)–the same neurotransmitter benzodiazepines act on–which increases sedative and calming effects. In low doses, however, alcohol does have some stimulant effects, such as talkativeness and improved mood.

Alcohol is a Drug and it Isn’t Used in Medicine, So Why is it Legal?

Alcohol is unique when compared to other drugs because it isn’t pharmaceutical and it isn’t illegal so long as the person using it is of legal age. However, it is illegal in many parts of the world, such as some areas in the Middle East.

Alcohol was even illegal in the United States at one point. During the prohibition period from 1920-1933, alcohol was banned, although underground bars or “speakeasies” served as places where people could drink black market alcohol discreetly.

Eventually, states began realizing they were missing out on a lot of potential tax revenue from selling alcohol and taxing it. Taxes, combined with public preference, lead to an end of prohibition.

Today, even though alcohol is a drug, anyone over the age of 21 with a valid ID can purchase and drink alcohol in the United States.

Just because alcohol is legal doesn’t mean it is safe, though. Alcohol is actually one of the most harmful substances. Not only is it highly addictive and dangerous to detox from, but it can also increase the risk for certain cancers, liver disease, and a long list of other health issues. The CDC reports that more than 140,000 people die from excessive alcohol use in the United States each year.

Signs You Have a Problem With Alcohol

Not all drugs are addictive. For example, Tylenol is a drug, but it is not habit-forming. Alcohol, on the other hand, can be highly addictive when it is abused. So how do you know if your drinking has crossed the line from acceptable and safe to dangerous and problematic? You take an honest look at your drinking patterns and your relationship with alcohol.

Ask yourself these questions:

The more questions you answer yes to, the more likely it is that you are struggling with an alcohol use disorder. Rest assured, help is available.

At Mandala Healing Center, our alcohol detox and treatment program is in-network with most major insurance providers. Our clinical team is dedicated to providing you with highly-focused, individually-tailored care so you can get sober and stay sober.

If you or a loved one are struggling with alcoholism, now is the best time to get help. Call now to speak with a qualified admissions coordinator.