Home » Blog » The Dangers of Mixing Benzodiazepines and Opioids 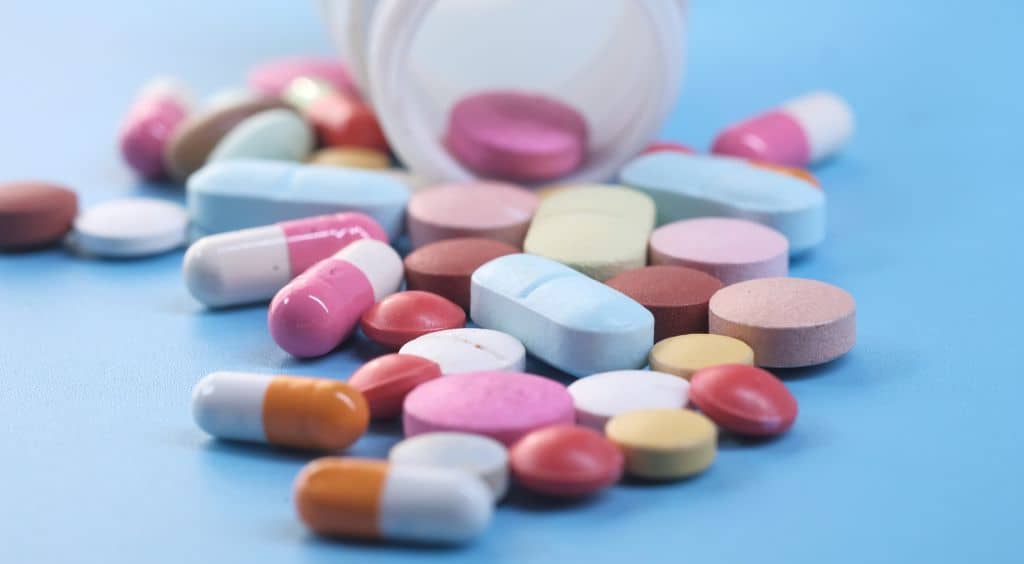 Two of the most widely abused substances are opioids and benzodiazepines. Drugs belonging to each of these classes have legitimate medical uses, but they are also highly addictive when abused.

A concerning, increasing trend involves mixing benzodiazepines and opioids, and many opioid-related overdose deaths in the United States also involve benzodiazepine drugs. Whether you are prescribed an opioid or a benzodiazepine or you are abusing a drug that falls into one of these two categories, it’s important to understand the risks of combining these types of drugs.

Benzodiazepines are a class of central nervous system depressant drugs that are used to treat anxiety disorders, insomnia, and seizures. Commonly abused benzodiazepines include:

Benzodiazepines act on neurotransmitter gamma-aminobutyric acid (GABA) receptors by increasing the reuptake of GABA in the brain. As a result of excess GABA, people feel relaxed, calm, and may experience mild to extreme sedation.

Common side effects of benzodiazepines include:

According to the National Institute on Drug Abuse (NIDA), about 1.7% (or about 4.8 million people) reported misusing benzodiazepines and approximately 12,290 people died from an overdose involving these types of drugs in 2020.[1]

Opioids are a class of central nervous system depressant drugs that are used to manage pain. There are prescription opioids, such as Oxycodone (Percocet, OxyContin), Hydrocodone (Norco, Vicodin), morphine, and codeine, and illicit opioids like heroin. Regardless of the type of opioid, all opioids can be abused and are considered addictive.

Opioids work by binding to opioid receptors in the brain and stopping them from receiving pain signals, thereby reducing pain. However, opioids have additional side effects, such as:

Opioids are some of the most widely abused drugs in the United States, so much so that the government has declared opioid abuse a public health emergency. According to NIDA, among people aged 12 and older, an estimated 0.8% (or about 2.3 million people) had a prescription opioid use disorder and approximately 16,416 people died from an overdose involving prescription opioids in 2020.[1]

Prescription opioids are only part of the problem, though. More than 691,000 people were thought to be addicted to heroin in 2020 and more than 13,000 died from a heroin-related overdose. Still, fentanyl is the most commonly found opioid in opioid-related deaths, accounting for 75% of the 100,000 annual opioid overdose fatalities. Data shows that nearly 150 people die each day as a result of some type of opioid overdose.[2]

What Happens When you Mix Benzodiazepines and Opioids?

Benzodiazepines and opioids are both central nervous system depressants, meaning they slow down breathing, respiration, and heart rate. In moderate to high doses, both types of substances have a sedative-like effect, causing people to feel drowsy, fall asleep, or lose consciousness.

When combined, the risk of overdose and other adverse side effects increases substantially. Potential risks of mixing benzodiazepines and opioids include:

Symptoms of an opioid overdose include:

Symptoms of a benzodiazepine overdose include:

If you suspect someone has overdosed on one or both of these substances, dial 911 immediately and administer naloxone, if available.

Research shows that people who take opioids and benzodiazepines at the same time are at a higher risk of visiting the emergency room and dying of a drug overdose. In 2020, 16% of all opioid overdose deaths also involved benzodiazepines.[3]

One of the reasons for this is counterfeit benzodiazepines like Xanax. Reports out of various states have found that many of the fake Xanax pills found on the streets test positive for fentanyl, an extremely powerful and deadly opioid drug. In fact, the DEA reports that 26% of counterfeit street pills that they test come back positive for lethal doses of fentanyl.[4]

Mixing benzodiazepines and opioids is dangerous, addictive, and potentially life-threatening. If you or someone you know is addicted to opioids or benzos, it’s time to get help. Continuing your addiction can mean risking your life.

At Mandala Healing Center, we go beyond the conventional approach of detox and treatment by inspiring our patients to fully heal in an environment uniquely designed to nourish their entire being. The first step is to call and ask for help. Our admissions coordinators are available 24 hours a day and all calls and forms are 100% free and confidential. Please don’t wait any longer. Call now to speak with a trusted admissions counselor.