Home » Blog » What Are The Most Commonly Abused Prescription Drugs?

What Are The Most Commonly Abused Prescription Drugs? - Mandala Healing Center 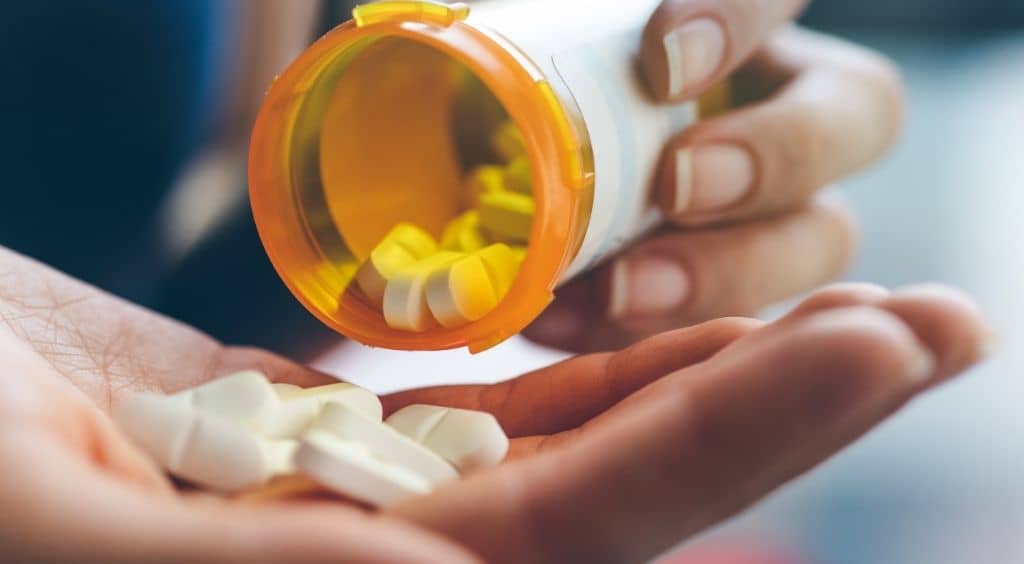 While prescription drugs are safe and effective when used as directed, many of them can be dangerous and highly addictive when abused. Taking a prescription medication for non-medicinal purposes can lead to serious adverse health problems such as tolerance, dependence, addiction, overdose, and death.

Benzodiazepines or “benzos” are the most commonly abused type of depressant drugs. Benzos are used to treat anxiety disorders, panic attacks, certain types of seizures, and insomnia. When abused, these medications produce feelings of relaxation, calmness, tiredness, and a drunk-like state. The most widely abused benzodiazepines include Xanax (alprazolam), Valium (diazepam), Klonopin (clonazepam), Librium (chlordiazepoxide), Halcion (triazolam), and Ativan (lorazepam).

Benzodiazepine abuse has become extremely common and benzodiazepine overdose has been steadily increasing over the last five years. And, in 2019, 16% of opioid overdose deaths also involved a benzodiazepine.[2,3]

Sleep medications are prescribed to treat insomnia and other sleep disorders. When abused, they can produce side effects that are similar to benzodiazepines and barbiturates. Commonly abused sleep medications include Ambien (zolpidem), Sonata (zaleplon), and Lunesta (eszopiclone).

Prescription opioids are a class of depressant drugs that are prescribed to treat pain. Prescription opioid drugs are so widely abused that they are responsible for an ongoing opioid crisis throughout the United States. In 2020, the U.S. saw a nearly 30% increase in drug overdose deaths–most of which were driven by opioids like heroin and illicit fentanyl.[4]

Morphine and codeine derivatives refer to opioids that are naturally occurring and derived from the seed pod of the opium poppy plant. Examples of morphine and codeine-based drugs include Tylenol with codeine, Robitussin A-C, Duramorph (morphine), and Roxanol (morphine). These medications are used to treat moderate to severe pain.

Other opioid painkillers are synthetic or semisynthetic. This means they are not naturally occurring but are still used to treat and manage moderate to severe pain. While these medications are highly effective at reducing pain, they are also highly addictive and have a high-risk potential for abuse.

Fentanyl is a powerful synthetic opioid that is only used to treat severe pain in people who are tolerant to other opioids or in patients battling cancer. It is thought to be 100 times stronger than morphine.[6] Other synthetic opioid analogs that are similar to fentanyl include acetyl fentanyl, furanyl fentanyl, and carfentanil. Due to the powerful nature of these opioids, they are extremely dangerous to abuse and can easily result in an overdose.

Central nervous system (CNS) stimulants are drugs that increase activity in the CNS leading to increased heart rate, blood pressure, respiration, and energy levels. They are most often prescribed to treat attention-deficit hyperactivity disorder (ADHD) and narcolepsy. There are two primary types of common prescription stimulant drugs that are abused: amphetamines and methylphenidate.

Amphetamines such as Adderall, Dexedrine, and Biphetamine are all used to treat ADHD, ADD, and narcolepsy. In some cases, they are used as an appetite suppressant to aid weight loss. However, when abused, these medications can be extremely addictive and dangerous.

Medications like Adderall are often abused by people aged 18 to 25 who are using the drugs as “study drugs.” Researchers found that Adderall misuse increased by 67% from 2006 to 2011.[7]

Methylphenidate is sold under the brand names Concerta and Ritalin. These prescription drugs are used to treat ADHD, ADD, and narcolepsy, but they can be habit-forming when abused.

Just because a drug is prescribed by a doctor doesn’t mean you can’t get addicted to it if you abuse it. Fortunately, recovery from prescription drug addiction is entirely possible with the help of a holistic treatment program like Mandala Healing Center.

If you or a loved one are addicted to any of these commonly abused prescription drugs, the best thing you can do is get help. Call now to speak with a dedicated admissions coordinator.