Home » Blog » How Long Does Fentanyl Stay in Your System?

How Long Does Fentanyl Stay in Your System? - Mandala Healing Center 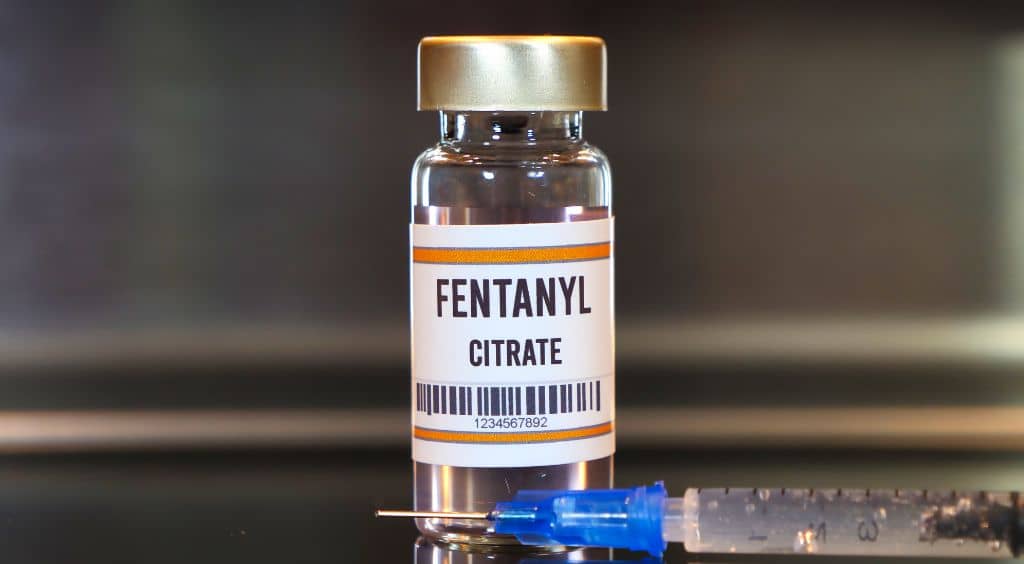 Fentanyl is a powerful synthetic opioid that is 50-100 times stronger than heroin and morphine.[1] A very small amount can cause a deadly overdose, especially in people who do not have a tolerance to opioids. Taking too much fentanyl too frequently can also allow it to build up in your system and cause respiratory depression.

Fentanyl is sometimes used as a painkiller for patients who are tolerant to other pain medications. It is most often used in cancer patients or before or after surgery.[2] However, in recent years, the amount of illicit fentanyl in the drug supply has skyrocketed. Today, a lot of heroin and illicit prescription pills are laced with fentanyl. Unknowingly ingesting fentanyl greatly increases the risk of respiratory depression and overdose.

In most people, a single dose of fentanyl can be detected in urine for up to three days. However, detection times may vary based on how often you use the drug and other factors.

When it comes to fentanyl, the half-life varies based on the method of administration. When used intravenously, the drug has a half-life of 2-4 hours. This means IV fentanyl will leave your system within 11-22 hours.[3]

Transdermal fentanyl patches as well as lozenges have a longer half-life of 7-17 hours, so it can take around 36 hours for this type of fentanyl to leave your body.[4]

Illegally manufactured fentanyl comes in the form of a powder that can be smoked, snorted, or injected. When smoking or snorting the drug, the half-life is similar to that of intravenous fentanyl use.

As your body works to metabolize and eliminate fentanyl, trace metabolites are left behind. These metabolites stay in your body longer which is why drug tests can detect fentanyl and other opioids for several weeks or days after stopping the drug.

Factors that Influence How Quickly Fentanyl Leaves Your System

Your body may process fentanyl differently than others. This is because there are a variety of factors that influence the amount of time drugs stay in your system. A few key variables include:

Generally, the longer you have been using fentanyl, the longer trace metabolites will remain detectable in your body.

How Long Will Fentanyl Be Detected in Your Urine, Saliva, Blood, and Hair

Routine drug screenings typically do not test for fentanyl, but fentanyl-specific toxicology can be run on any sample. Depending on the type of test, the detection window may vary.

If you are abusing fentanyl and are struggling to stop using the drug for an upcoming drug test, it’s likely that you have an opioid use disorder. Detox and professional treatment can help you recover.

How to Detox From Fentanyl Safely

The only way to get fentanyl out of your system is to stop taking the drug and give your body time to eliminate it. However, abruptly stopping fentanyl can be difficult if you are physically and/or psychologically addicted to the drug because withdrawal symptoms may occur. Common symptoms of fentanyl withdrawal include:[5]

Although detoxing from fentanyl is typically not life-threatening, your symptoms can become so severe that you are unable to go through with the detox process. As a result, the safest way to detox is under medical supervision.

When you go to an opioid detox program, the medical team will monitor your symptoms and provide supportive care. They may also prescribe medications like buprenorphine or methadone to soothe the symptoms of withdrawal. Once you are done detoxing, you should transition to an inpatient or outpatient treatment program so you can learn how to stay sober.

If you or someone you love is struggling with fentanyl addiction, the time to get help is now. Fentanyl is one of the strongest, deadliest substances of abuse and it is responsible for overdoses each and every day. The sooner you get help, the better.

Call now to speak with a qualified admissions coordinator about starting treatment.