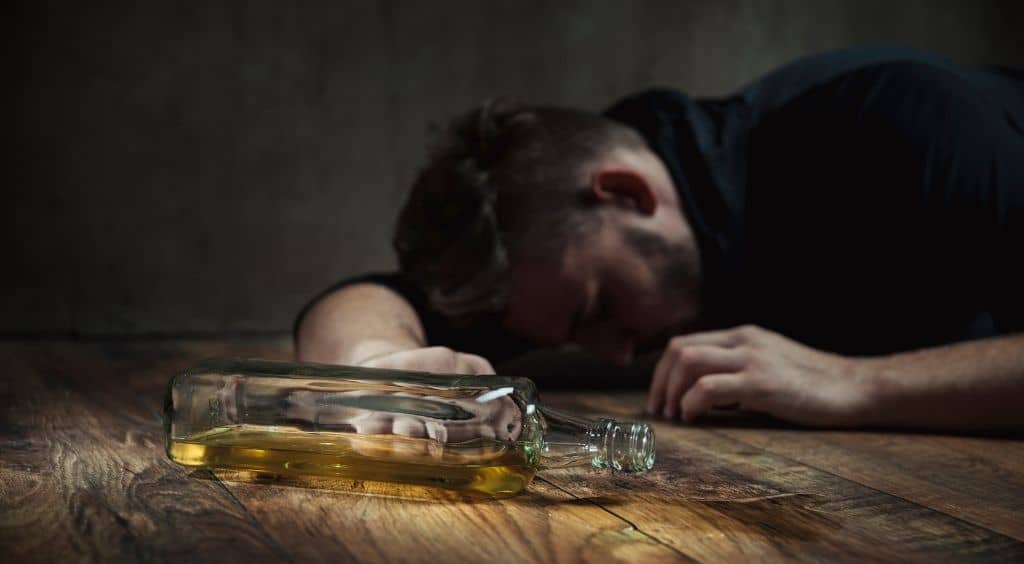 According to the National Institute on Alcohol Abuse and Alcoholism, “85.6 percent of people ages 18 and older reported that they drank alcohol at some point in their lifetime.”[1]

Drinking alcohol in excess has become normalized in American society. While it is okay to enjoy a few drinks with your friends after work, many people take their drinking habits to the extreme. In 2019, 25.8 percent of American adults reported engaging in binge drinking in the past month.[1]

Binge drinking is hazardous, often putting individuals at risk of experiencing life-threatening medical emergencies like alcohol poisoning or an overdose. How long alcohol poisoning lasts may vary from one person to the next, but it’s always important to seek medical attention immediately.

What is Alcohol Poisoning?

Alcohol poisoning is a common consequence of excessive and problematic alcohol consumption. This occurs when an individual drinks too much at once, causing their blood alcohol level to become too high for their metabolism to keep up. When the body cannot properly metabolize the substance, the toxic effects of alcohol begin to take place.

According to the Center for Disease Control and Prevention, “An average of 6 people die of alcohol poisoning each day in the U.S.”[2]

The symptoms of alcohol poisoning include:

It is important to note that alcohol poisoning is typically describing an alcohol overdose.

Alcohol poisoning causes critical areas of the brain to shut down. As a result, an individual’s breathing, heart rate, and body temperature can become significantly impacted, sometimes causing death.

How Long Does it Take to Develop Alcohol Poisoning?

Binge drinking is the number one cause of alcohol poisoning. If a woman drinks 4 or more alcoholic beverages in less than 2 hours and a man drinks 5 or more drinks, they are partaking in binge drinking.

How long it takes to develop alcohol poisoning depends on how quickly an individual is drinking, their tolerance for alcohol, and additional factors like their body weight, age, or metabolism.

However, an individual’s blood alcohol content (BAC) level can indicate whether they are at risk of developing alcohol poisoning. Individuals with a BAC level of 0.08% are considered legally impaired and unable to drive. Typically, individuals who drink one alcoholic beverage per hour will remain under 0.08%.

Many people are more concerned about college students suffering from alcohol poisoning because they tend to binge drink. However, 76%  of people (3 out of 4) who died were between the ages of 35 to 64.[2]

Aging is known to cause one’s body to become increasingly less tolerant of substances like alcohol. The older a person gets, the longer alcohol stays in their system. Additionally, men are more likely to drink heavily than women. This is likely why we see alcohol poisoning in middle-aged men more commonly than in college students.

The amount of alcohol an individual can tolerate depends on their body weight. To explain, body weight determines how much space the alcohol has to diffuse in the individual’s body. People who weigh less are at a higher risk of experiencing more severe cases of alcohol poisoning than heavier individuals.

Prevention and Treatment for Alcohol Poisoning

The best way to prevent alcohol poisoning from occurring is to refrain from binge drinking. However, there are some other ways to prevent this medical emergency from happening in the first place, including:

Additionally, if someone is experiencing the signs of alcohol poisoning, individuals must contact emergency medical services immediately. Without medical intervention, alcohol poisoning can lead to death.

Once an individual is at a hospital, they will be treated for alcohol poisoning by:

Alcohol abuse and binge drinking can both lead to the development of tolerance, dependency, and alcohol addiction. Individuals who suffer from alcoholism require professional treatment that includes a combination of medical detox services, behavioral therapy, and peer support counseling.

At Mandala Healing Center, we provide our patients with all of the tools they need to achieve and maintain long-term sobriety from alcohol. Contact us today for more information on our alcohol rehab programs.