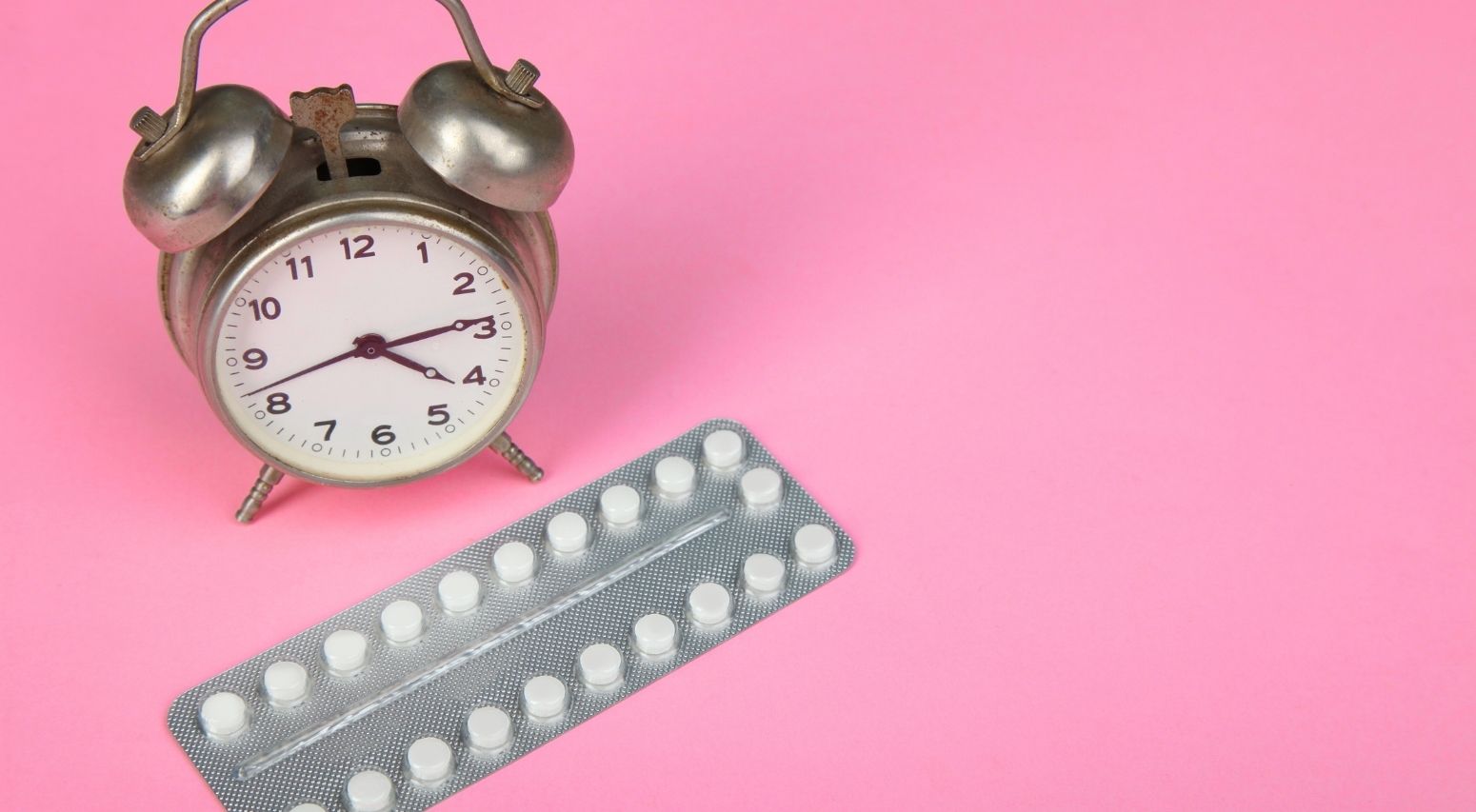 Adderall is a stimulant medication that is used to treat attention deficit hyperactivity disorder (ADHD) and narcolepsy. It helps individuals focus and stay awake throughout the day. However, it is also abused for its stimulant properties. The drug has become increasingly popular in recent years, particularly among adults aged 18 to 25, and in some cases, teenagers and high school students.[1]

When people abruptly stop taking Adderall after abusing it for some time, they will experience withdrawal symptoms that can last for several days and weeks. Understanding what the Adderall withdrawal timeline looks like and how it is managed can help prepare struggling individuals for detox. 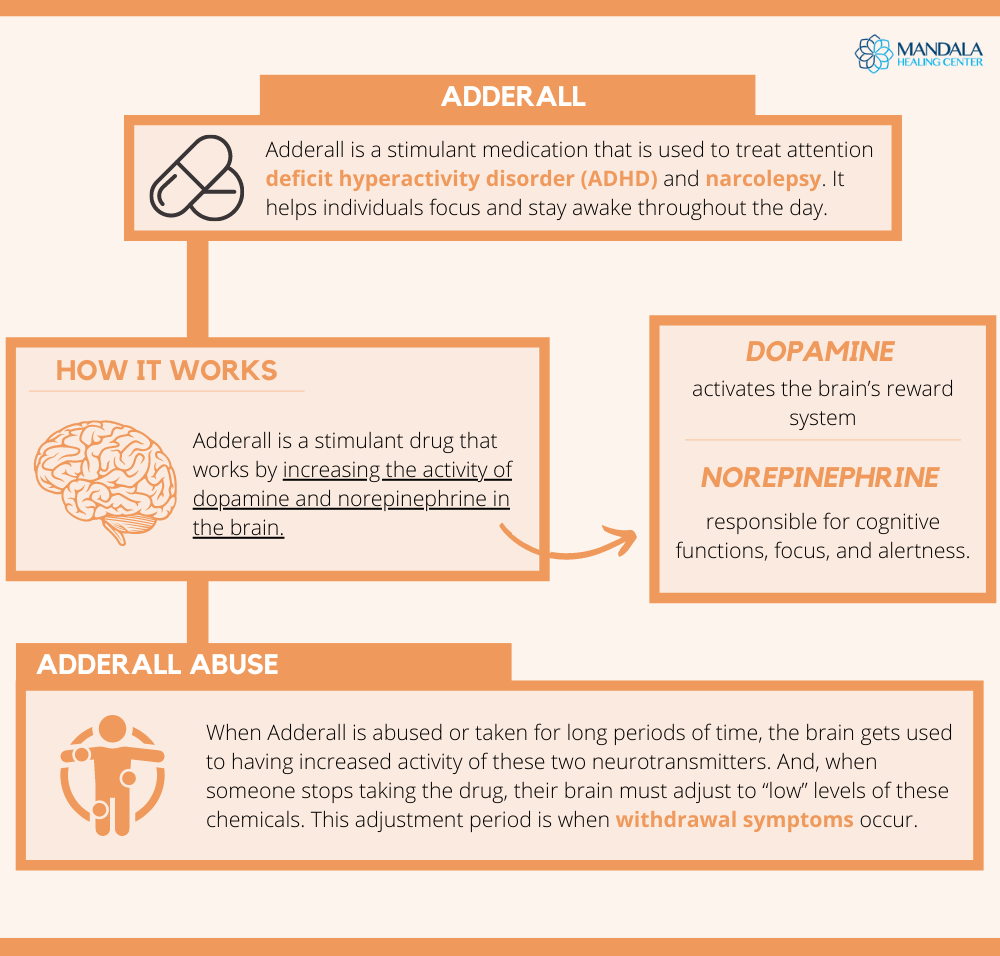 Adderall is a stimulant drug that works by increasing the activity of dopamine and norepinephrine in the brain. Dopamine activates the brain’s reward system and norepinephrine is responsible for cognitive functions, focus, and alertness. Both chemicals also play a major role in regulating mood.[2]

When Adderall is abused or taken for long periods of time, the brain gets used to having increased activity of these two neurotransmitters. And, when someone stops taking the drug, their brain must adjust to “low” levels of these chemicals. This adjustment period is when withdrawal symptoms occur. 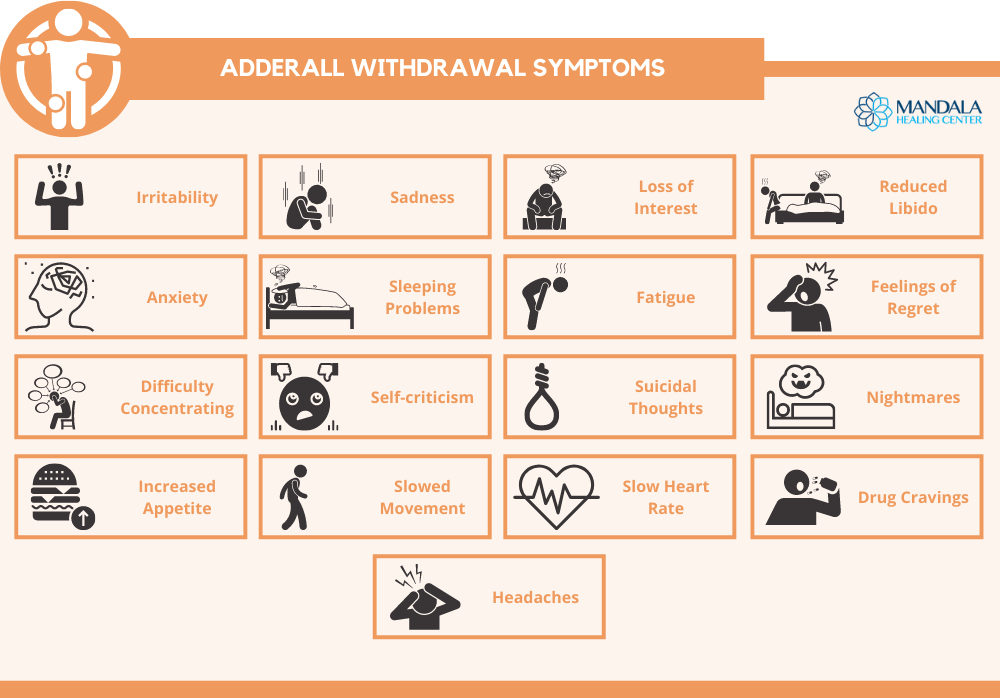 Since the brain of someone addicted to Adderall has to adjust to low levels of both dopamine and norepinephrine, they may experience additional symptoms besides depression. These include:[3]

While these symptoms themselves are generally not life-threatening, depression and suicidal thoughts can be. It’s always best to endure the entire Adderall withdrawal timeline while staying in a medical detox facility.

How Long Does Adderall Withdrawal Last?

Someone who has always taken their Adderall as prescribed by their doctor may have less intense withdrawal symptoms than someone who abuses a dose that is three times the recommended dose for their height and weight. At the same time, the longer a person has been addicted to Adderall, the longer they can expect the withdrawal to last.

Although the exact duration of withdrawal varies from one person to the next, here is an outline of how long Adderall withdrawal usually lasts and what to expect. 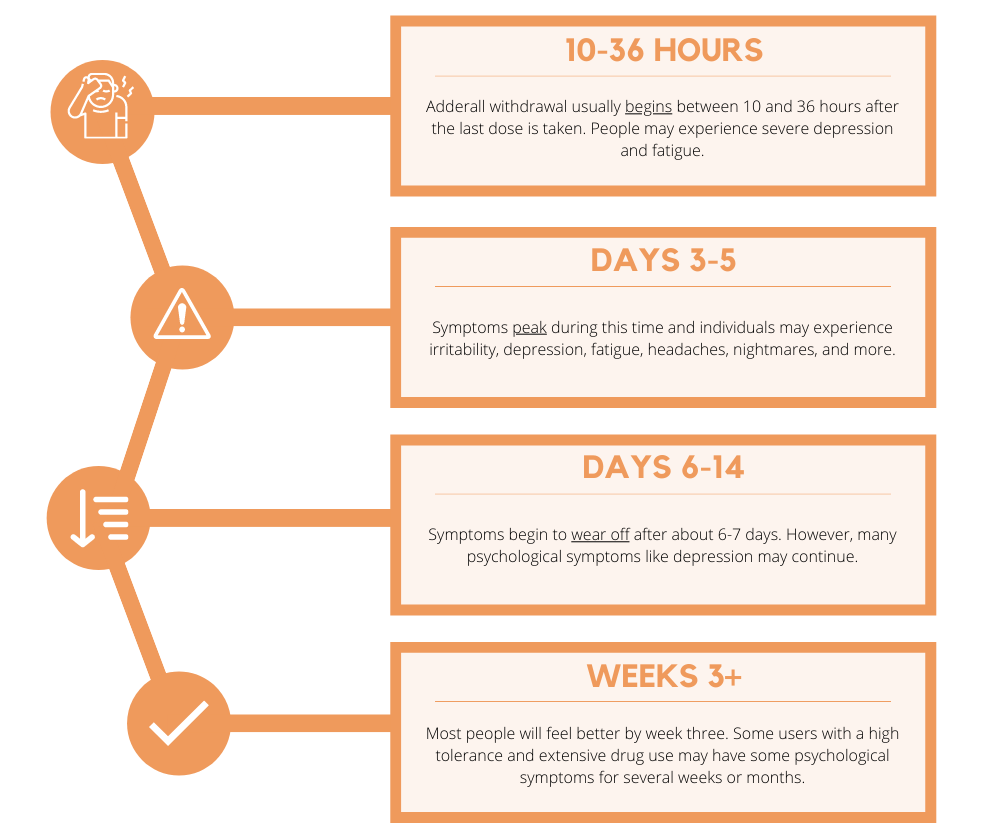 Symptoms of depression can become severe, requiring medical attention. It is always recommended to detox in a medical facility with addiction specialists and doctors on hand. Detoxing without professional support is likely to lead to relapse.

Getting through the Adderall withdrawal timeline is rarely dangerous, but it can be challenging. Most people find it easier to detox in a medical setting with clinical and emotional support. Medications can be given to help taper individuals off of Adderall slowly, avoiding the most severe withdrawal symptoms. In addition, holistic services like yoga, nutrition, and exercise can help reduce withdrawal symptoms and improve the detox experience.

If you or a loved one are addicted to Adderall, our detox and treatment program in West Palm Beach is here to help. Call now to get started.